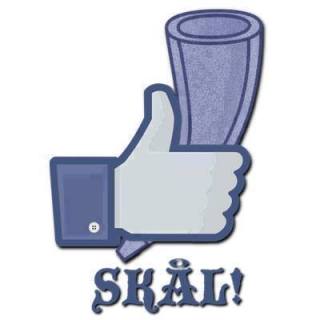 What I’m really asking is; did the Facebook ad that I purchased get me more sales? Well, lets look at the data. Below is the ad that I posted.

My first mistake that I noticed was that I completely forgot to even mention in the ad that it was an ebook! My heart sank because I already paid for it so it could not be changed. I pictured Thor standing behind me with Mjolnir giving me love taps on the back of the head.

In any case at least I learned my lesson about being specific before I place ads. Some key information;

How much did I pay for the ad?

How did the ad perform?

– That’s kind of mixed. The paid ad itself reached 989 people. Now that’s a pretty good number but I’ve hit that on my own before without paying for it.

Did I get more sales than usual?

– No. Not at all. In fact this was my worst .99 cent sale since I’ve been doing them. Now, I can’t blame Facebook for that since I use several methods to communicate my product. Not to mention that timing is EVERYTHING. Many books go on sale on a daily basis and I think this time my book was simply drowned out on Amazon. Sometimes I sell more books at the full price than at the discount price.

So what did I get out of the ad?

– I got about 10 – 15 Facebook likes which is fantastic because it’s been slow going to build my facebook audience.

– Even though the paid ad only hit 989 the organic reach has continued well beyond the ad period. Below is a pic of the current reach, 2,238 people!!!! Now that is a level of reach I have not been able to do on my own. It continues to eeekkk out more people and hopefully more sales.

End results, I think most of my sales came from two critical venues, the first being Amazon itself. Amazon is a monster and if they push your content it will sell to someone. The second is social media connections, I had several Viking related pages that I chat with on a regular basis help me get the book out there. Some of their followers even confirmed that they purchased the book. Am I telling you to stay away from Facebook Ads? Absolutely not, timing is everything and who knows, Facebook may get your info into the hands of the right people. Good luck!