Read this book. you will not be disappointed. You can find “Tales From Midhgardur” here,

Dark, Gritty, and Dazzling. A must read for all fans of Norse Myth.

Mr. Brodd will dazzle and ensnare you in his vivid and dark Norse tales. The cover of this book does not in any way do his collection of short stories justice. Mr. Brodd takes the world of Norse mythology and catapults you into the deepest and darkest realms of mystery. His depiction of Norse gods is second to none bringing every detail to such vivid life you forget where you are in the moment. I particularly enjoyed that he did not shy away from some of the grotesque and bloody truths of Norse myth that so may seem to wash over. His detailed knowledge of Norse mythology lends a great deal of credibility to his stories and Mr. Brodd adds his own artistic touches to bring you into his world. I am not normally a fan of short stories and I could easily see Mr. Brodd turning each of them into a full fledged book (which I hope he does); however I was captivated by each one and each story stirred my emotions in very different ways. I am looking forward to reading his next book. 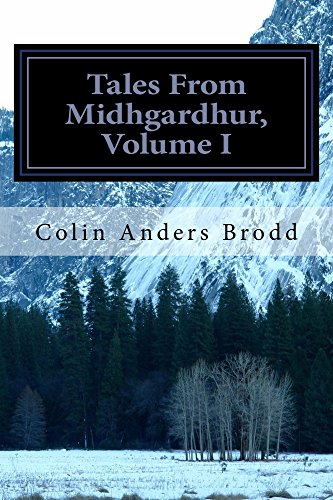